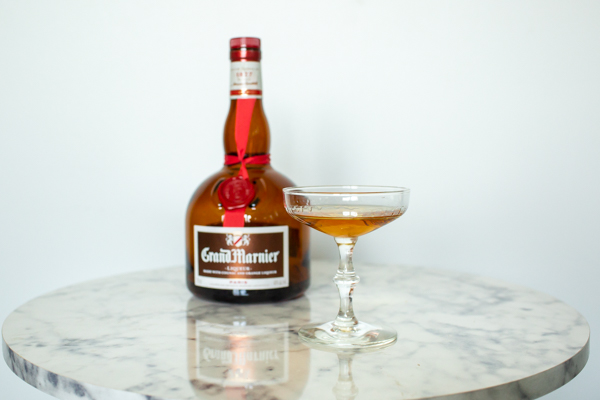 Grand Marnier and Cointreau are often mixed up with one another, but the truth is… They aren’t the same! While they’re both bitter orange liqueurs mixed with sweetness and botanicals, they are different styles and typically used for independent cocktails without being interchangeable.

If you’re a total cocktail nerd who’s curious to learn more about the difference between these two top-shelf orange liqueurs, we have a whole series of articles explaining the how they compare to each other in production, flavor profile, and use.

Although these two orange-flavored liqueurs are similar, Grand Marnier is an orange Cognac liqueur made with bitter orange peels. Cointreau shares this key ingredient for its orange flavor but is made from a neutral spirit and a blend of sweet and bitter oranges. It is also unaged, unlike Grand Marnier.

Every now and then, you may come across a recipe that calls for one, but you only have the other. So what can you do? Can you simply substitute Grand Marnier for Cointreau, for example, even though they aren’t exactly the same?

Grand Marnier, the cognac-based orange liqueur, is heavier and sweeter than Cointreau, so you do have to adjust the recipe a little if you’re going to substitute one for the other.

If you do need to substitute Cointreau for Grand Marnier, consider using slightly more Cointreau (not a lot – maybe an additional 1/8oz per oz). This will add the weight and sweetness that your recipe would otherwise be getting from the Grand Marnier.

In reverse, use slightly less Grand Marnier when substituting for Cointreau, as this will similarly adjust for weight and sweetness as well.

Chances are, you’ve seen a lot of cocktail recipes calling for triple sec or Cointreau, such as the Cosmopolitan cocktail, a classic Margarita, or Mai Tai. Maybe you’ve wondered, “Well then, what the heck can I make with this Grand Marnier I have?”

Perhaps the most famous recipe including Grand Marnier is the Cadillac Margarita, which actually includes both Cointreau and a floater of Grand Marnier on top of the finished drink.

Here are a few other delicious recipes that call for Grand Marnier– no substitutions necessary. So grab that bottle of fancy French liqueur, a cocktail shaker, and your favorite cocktail glass. Let’s get to making some delicious mixed drinks!

Photo by Paul Einerhand via www.unsplash.com

Here are a few other delicious recipes that call for Grand Marnier– no substitutions necessary!