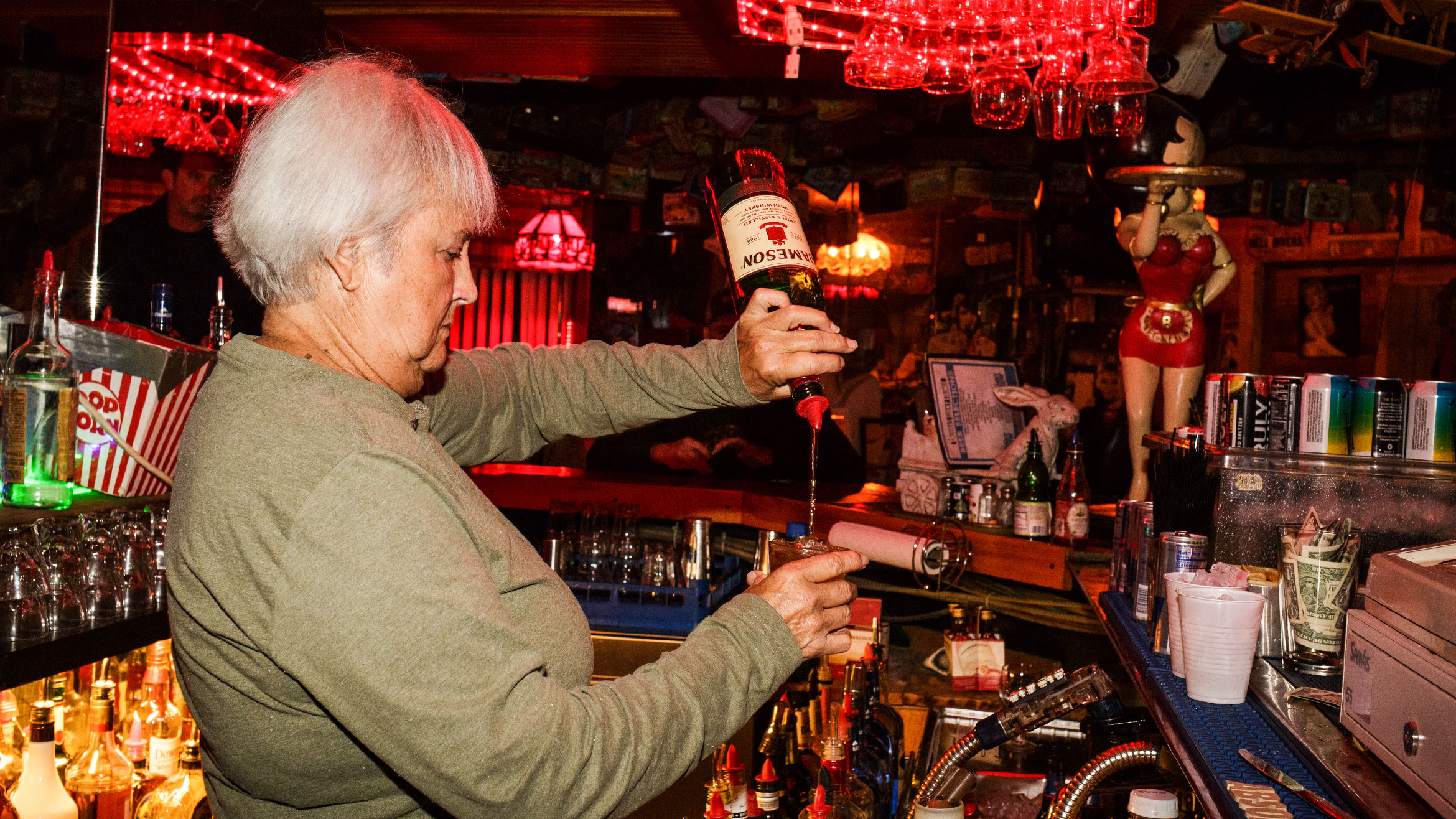 To say that Bubba’s Sulky Lounge is an institution in Portland, Maine, doesn’t come close to capturing how important this bar is to the community. The city’s go-to destination for drinking and dancing, the bar has hosted countless birthdays, after-wedding parties and groups of friends within its walls since its 1961 opening in the Parkside neighborhood.

The original Bubba’s was more of a restaurant than a dance club or bar, and was particularly known for the Bubba’s Special, an Italian sandwich served on a large loaf of Italian bread. The building burned down in the late ’60s, but in the decades since, Bubba’s has slowly expanded its original footprint, evolving from a smaller building into the multiroom bar that it is today, with a light-up floor and antiques that fill every nook and cranny, including more than 1,000 metal lunch boxes that hang from the ceiling.

When you step into Bubba’s on any given night, dance music fills the space as locals and tourists alike rub elbows. It is here on most nights that you’ll find Cece, 71, behind the bar. She has been a bartender at Bubba’s for 43 years, working as the manager for much of that time. Next to her behind the stick is her sister, Karen, who one Christmas Eve was the first person to move Cece from the kitchen to the bar, where she now resides multiple nights a week.

After more than four decades, Cece has come to appreciate just how far Bubba’s reach is. In fact, she’s been recognized in places as far away as Aruba and Jamaica. It is this sense of community fostered by the bar that keeps her excited to be working. That, and the music.

How did you find your way behind the bar?
Bubba [the owner of the bar] was looking for kitchen help, so I started there. I had experience in the kitchen from the sixth grade on, when I worked at a store across the street from my middle school. I would go there in the mornings and do food prep and dough-frying, then go to school. I made a lot of meatballs.

It was Christmas Eve day and my sister, who was behind the bar, needed someone to help her. She called Bubba and he said it was OK for me to get behind the bar. The shift started at 6 a.m., when the postal workers across the street finished their night shift. We would get packed. My sister trained me; she is still working here today, but has been on-and-off at Bubba’s.

What is your favorite thing about the job?
I like the atmosphere and I love the people. I like the music, the money is great and the people are awesome. The nights fly by really quickly for me. It is one of the great jobs I have had in life, which is why I am still here. Even [when] I was working a second job, Bubba’s always came first.

What qualities make a good bartender?
Having the personality for it is important. So is the gift of gab. You need to be a people person. You need to be caring and passionate about the work. It is really the love of people.

What does a typical shift look like?
My sister, who is the assistant manager, gets in before me. She cuts up all the fruits, stocks the front with beer and ice. She will give the other women working their banks for the night that I have set up. When I get in around 7:30 p.m., it is starting to pick up. I will bartend with my sister all night. We usually get out around 1:45 a.m. and I go to bed around 4 a.m.

What is your favorite drink to make for guests?
It used to be a Long Island Iced Tea; everything goes into that drink. I have gotten away from those and will only make them when business is slower. Around midnight we don’t do Long Islands or shots anymore. I figure people don’t need to be doing shots at that time of the night. It isn’t always about the money, but making sure our guests get home safely.

I created a drink called “Fruits Around the World” and people seem to like that one a lot. It is fruit vodkas, Sierra Mist, grenadine and pineapple. I’ll ask what their favorite fruit is and that is the largest pour. It’s pretty popular.

How has bartending changed since you started?
It has changed quite a bit in 43 years. The liquor laws have gotten stricter—you need to be careful serving people. You more or less feel like a babysitter at some points. Back in my day, women used to get up and dance in groups. Now men and women will get up and dance on their own; you never saw that before.

How long do you plan to bartend for?
I could be done anytime. Maybe when I’m 72 or 73. But I could change my mind, it could be next week. I don’t need to work, but I enjoy it. It gets you out of the house, keeps you in shape, gives you something to do. If it wasn’t for the nice people, I would not be here. The clientele is very nice. I enjoy going in and seeing them and meeting new people. People come in from around the country and visit, then when they come back they remember you.

The post Cece Champagne Would Like to Make You a “Fruits Around the World” appeared first on PUNCH.