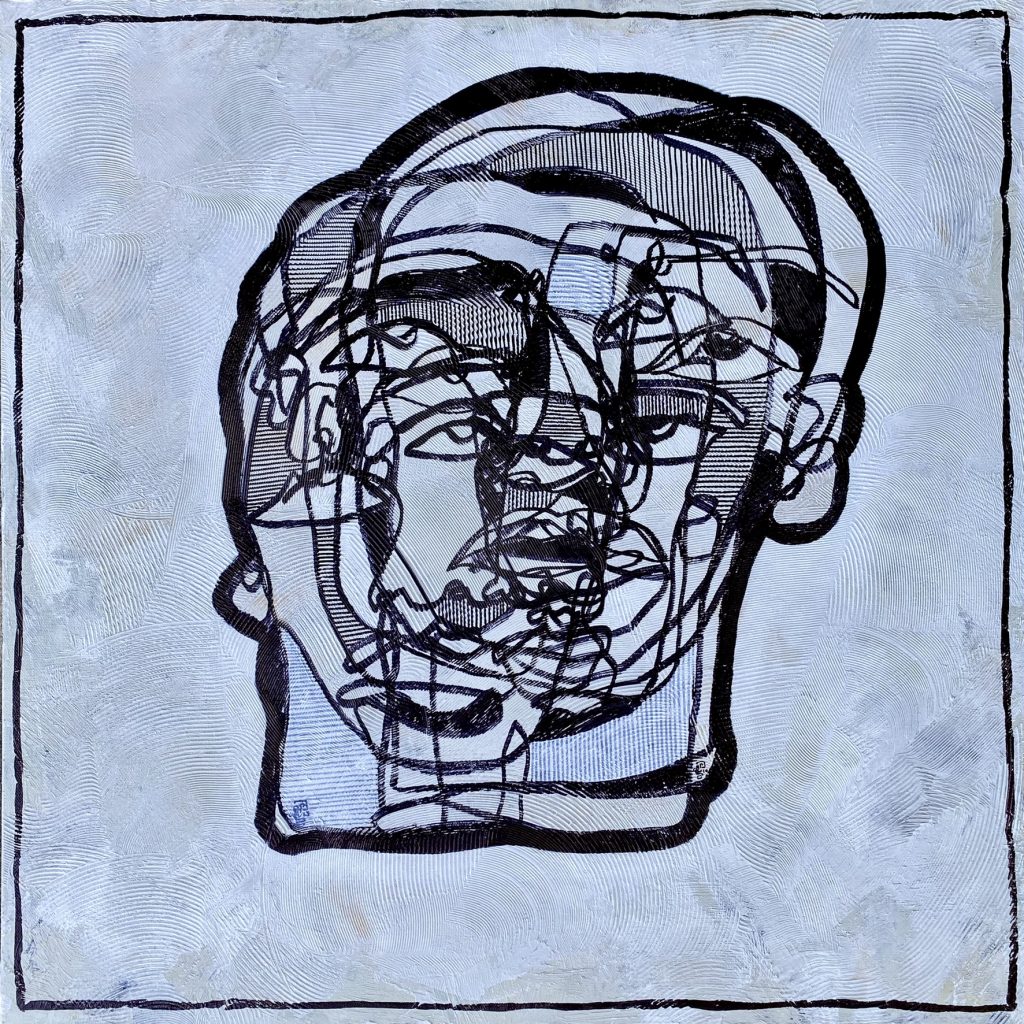 Tales of the Cocktail Foundation will be reviving The Canvas Project sponsored by Bombay Sapphire to highlight bartenders’ creative passions. Salon d’Whatever, a New Orleans-based, pop-up art salon will gather 10 local hospitality professionals to showcase their art within The Ritz-Carlton, New Orleans for the week of Tales. As a 2020 national finalist of Most Imaginative Bartender, it seemed natural to team up with Salon d’Whatever for the Canvas Project Art Show at Tales of the Cocktail 2022.

The art opening will be hosted on Monday, July 25 from 6-8pm featuring Bombay Sapphire cocktails. All featured artists will be present and their work will be available for purchase.

Come Stir Creativity with Bombay Sapphire and Salon d’Watever. Meet the ten New Orleans hospitality industry artists featuring their work on the second floor of the Ritz! The artwork will be on display all week and is available for purchase.

Salon d’Whatever is a pop up art gallery based in New Orleans, Louisiana founded by Maggie Morgan and Anna Giordano. Their monthly shows focus on local artists in the service industry and beyond. By transforming the space of Anna’s into an art gallery, Salon d’Whatever provides a casual, DIY space with endless possibilities.

Salon d’Whatever was formed by Maggie and Anna in April of 2019 in New Orleans, Louisiana. Since then they have worked with over twenty artists along with jewelry makers, publishing companies, record labels, screen printers, DJ’s and more. Their focus is working with emerging talent from a variety of backgrounds and creative styles in an accessible, easy-going environment.

Tales of the Cocktail Foundation’s Canvas Project presented by Bombay Sapphire is an opportunity for industry artists creativity to show off to their peers and community.

The Canvas Project aims to support the bar community by giving a platform to showcase creative passions. The bar world is so rich in creativity and the Canvas Project provides the chance to bring those dreams and visions to life in a real way. There is no competition, so no need to be the best . This is more about expression and how important it is for each of us to reach deep and find our creative voice to help us express all that we feel.

This is a chance to color outside the lines and turn creative dreams into something more.

Through a deliberate use of color blocking and intimate line work, Alex Sorapuru’s work centers itself around his recent return home to New Orleans. Also working as an architectural designer his acrylic and pen paintings are driven by the relationships he’s cultivated during his journey.

Originally a New Yorker, now based out of New Orleans, Chloe Harrison-Ach delves into a variety of mediums. Textural oils on canvas capture the beautiful and the mundane in simple moments.

With over a decade of front-of-house experiences, Chloe’s hospitality career centers around focusing on establishments that have a craft in natural wine and house cocktails.

Drawing and making is a very meditative and therapeutic process for me. E enjoys exploring a new visual language that they are building and welding out of their influences and experiences. These works are small vignettes exploring space, consciousness, doubt, duality, cells, parallel universes and possibly angels.

E has been working in coffee shops, bars and restaurants their whole life. They describe the worlds created in the pursuit of hospitality and service of others are equal parts brutal and beautiful.

Erin Workman is an artist specializing in satirical landscapes. Based out of New Orleans, Workman is a graduate of the restaurant industry, and self-taught in painting. Inspired by her environment, mainly bars, and job as a chef for the animals at Audubon Zoo, she finds a fun and gritty expression of their experiences in New Orleans.

Erin has 20+ years, front and back of the house.

Gavin Jone’s work is non-linear narrative. A lifelong collection of “stuff” serves as a resource for the images Gavin uses in his paintings. Each image Gavin chooses is the result of searching and arranging. The artwork focuses on chapters or instances of experience he encounters throughout his life.

The unique object is important, By incorporating humor and piecing together these objects, he creates a non-linear narrative that is difficult to unravel. Composition, surface, color, and visual storytelling are important elements of my work.

Gina Hoover is a New Orleans-based oil painter. She attended Tyler School of Art in both Philadelphia and Rome and has since shown work in galleries and museums across the east coast and Italy before landing in her beloved home of New Orleans. Visually her subject matter is rooted in nostalgia, synesthesia, and the sublime.

Gina Hoover is in her seventh year behind the bar. She is currently working at the James Beard award-winning cocktail bar, Cure, in New Orleans.

New Orleans based artist, Gwendolyn Barras, has been focused on painting for the last three years. Gwendolyn studied Printmaking/Fine Arts at the University of New Orleans, and graduated in 2017. Her work mostly depicts the human form, with careful attention to the face and hands.

Gwendolyn’s oil paintings for this exhibit depict hands and alcoholic beverages in a reverent setting.

Gwen has been in the hospitality industry for over 10 years. From music venues to craft cocktail bars, she has distilled a lot of pride in her knowledge and ability.

Born and raised in New Orleans, Jamell Tate is a photographer who specializes in capturing the black cultural contributions of this beautiful city. Since picking up a camera in 2017, his lens has been focused on Black Masking Indians and Second Line celebrations. Raised in the 9th ward, Jamell is focused on creating relationships with his subjects and “Putting his friends on gallery walls all around the city, and hopefully around the world.”

Jamell has worked in restaurants since he was 16 and many of his friends have either have or still work in the industry.

James attended The Kubert School in New Jersey before returning to his native New Orleans to further hone his skills. He works mostly in watercolor, but is continuously experimenting with mixed media and sculpture. He finds inspiration through pop culture and his home city, often mixing the two in his pieces.

James has been a line cook in the French Quarter for almost two decades at numerous locations. He currently can be found in the tiny kitchen of Manolito.

Lillian Aguinaga’s paintings place focus on fear of the unknown and perseverance in the face of great uncertainty. Through self-reflection and observation of others, she examines the transcendence of the self when we overcome our fears, embrace the unknown, and persevere.

Lillian spent 13 years in hospitality as she transitioned into a self-employed artist.