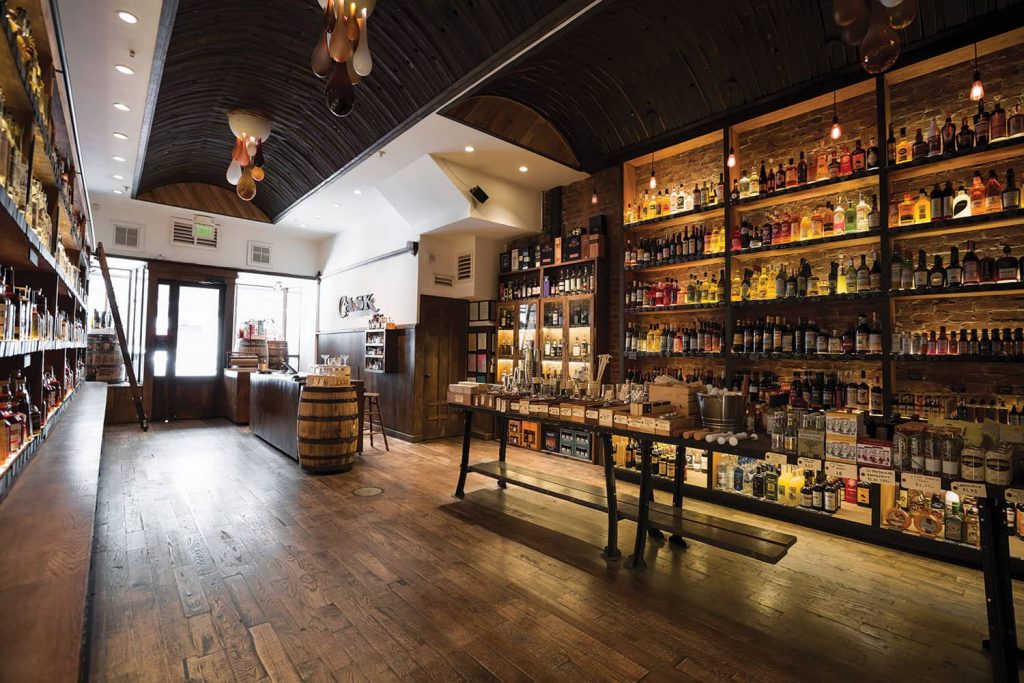 Whisky Dens Around the World

Scotland’s native spirit has an enthusiastic global following. Here are just a few of the many whisky dens, bars, and retailers worldwide who have a special affinity for Scotch whisky.

Cocktail lovers worldwide have been familiar with Hidetsugu Ueno’s bar since its 2008 debut. In 2015, the bar moved from its matchbox-size space high above the Ginza district to a slightly more expansive basement room. But the immaculate selection of spirits, including more than 200 Scotch whiskies, remains a focal point.

In a subterranean space hidden away in Sydney’s Central Business District, Baxter Inn houses what’s likely the best whisky selection in Australia, with ample enthusiasm shown for spirits from Scotland. A behind-the-bar blackboard lists many of the whisky options. Or, considering the bar’s reputation as a cocktail destination, opt for something like the Hop Scotch, a bottled mixture including blended Scotch whisky and hopped wine.

It’s not surprising that one of the nation’s biggest liquor stores carries a stupendous selection of scotch. But the magnitude of Binny’s selection goes beyond simple quantity (though, with more than 700 single malts on offer, quantity is still a big draw). Whisky runs through Binny’s veins. And between its dedicated category-spanning Whiskey Hotline and its selection of rare bottles, Scotch whisky has a happy home in the Midwest.

What began in 1971 as a pub in Glasgow’s Charing Cross area specializing in real ale has since morphed into a world-class whisky bar (and an organizer of Glasgow’s Whisky Festival), with more than 400 malt whiskies in its selection. With its Glasgow home, Bon Accord is situated in a city at the center of today’s new-distillery boom. Its regulars participate in the whisky clubs hosted by the pub, including its own Bon Accord Whisky Society.

With its flagship store in downtown San Francisco, a North Beach pop-up location, and a sibling shop in Berkeley, Cask has long been an essential shop for Bay Area spirits enthusiasts. Cask’s targeted spirits selection places a priority on whiskies from independent bottlers, as well as single-cask whiskies and blended malts. “Most of our regulars know that we really strive to select bottles that are off the beaten path, and from smaller producers, or bottles that we’re personally excited about,” says Nat Harry, Cask’s spirits specialist.

This is not Scotch whisky’s stereotyped home of a wood-paneled club filled with leather armchairs. Delilah’s brings a relaxed-yet-ardent dive bar aesthetic to its approach, with an inventory that’s the envy of bar owners worldwide, making it one of the world’s great whisky bars. The selection of single-cask malts from independent bottlers and blended malts are worth checking out, including one particular option: a Compass Box blend made in collaboration with the bar.

An Omaha watering hole that first opened in 1920 as Dundee Delicatessen, Dundee Dell later built an ardent following for its expansive whisky selection. The bar closed in 2020, but new owner Ryan Miller saved it from oblivion and, after refurbishing the interior, reopened the Dell last July. “For a long time, the Dell was such an iconic place for scotch. We want to double down on that, and focus on education and engagement,” says Drew Wilson, the bar’s co-owner and general manager. “We’re rebuilding the collection and engaging with a younger crowd. There’s so much going on with scotch, I really want to share that.”

New York City needs a whisky bar befitting its status as a global capital, and the Flatiron Room fits the bill. Hundreds of bottles fill the shelves in the soaring space, and whisky guides help guests navigate the selection. Feel like matriculating in whisky? Then check out the private classes hosted in the upstairs tasting room to discover your own preferred path through the whisky landscape.

Does Scotch whisky taste different when sipped close to its source? One way to find out is to check into this small Speyside hotel. It stocks more than 300 whiskies spanning great age and diversity. To try something you won’t find back home, ask about the hotel’s exclusive single-cask bottlings from nearby distilleries, such as Benrinnes, Longmorn, and Glenfarclas.

Housed in a vast space that formerly held a boxing gym, Jack Rose became one of the world’s great whisky bars. It’s built on a colossal selection of spirits from around the world, including a deep bench of Scottish malts. Dig into the range of bottles from the Scotch Malt Whisky Society, featuring single casks from unnamed distilleries. Those whiskies are only identified through curious riddle descriptors on the labels.

If you’re bold enough to call your shop “the house of whisky,” you’d better deliver on the promise. And this Paris-based retailer does so, in spades. In addition to a robust selection of single malts from across Scotland, the shop features rare selections and single-cask bottlings. Its whisky bar, Golden Promise, offers a menu of whisky cocktails and a selection of more than 1,000 rare bottles.

In an upstairs space above Portland’s SW Alder Street, Multnomah Whiskey Library gives malt whisky the classic (and classy) treatment it deserves. A single-malt selection several hundred deep (including bottlings from the Scotch Malt Whisky Society only available to society members) occupies the menu and the high backbar in the club-like space. Sip a malt in a Glencairn glass. Or if the cocktail mood prevails, aim for a Smoke & Rye, with Ardbeg, rye whiskey, Chartreuse, and peach liqueur.

Cedd Moses helped turn downtown Los Angeles into a drinking destination via a range of cocktail bars and comfortable dives. Seven Grand, his dedicated whiskey bar, has since spawned offshoots in Austin, San Diego, and Denver. And the original LA location continues to hold Scotch whisky close to its heart. Check out the expansive selection of Islay and Highland island malts, along with a robust Campbeltown lineup and a blended cache perfect for highballs.

The post Whisky Dens Around the World appeared first on Imbibe Magazine.