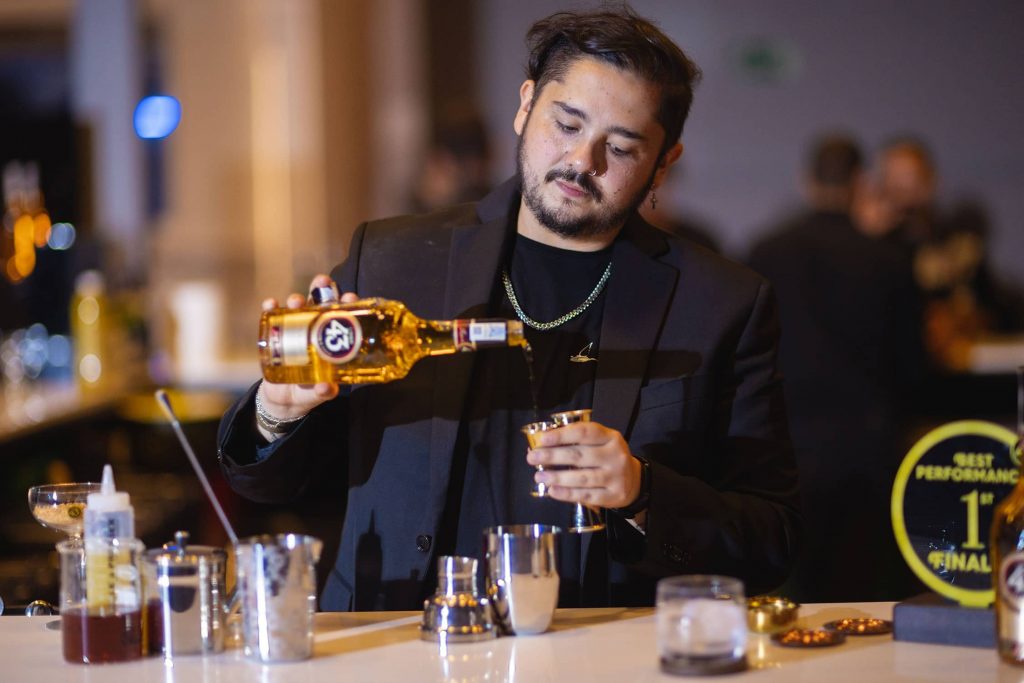 Taking place in Licor 43’s home-from-home, Gran Canaria, the 2023 Licor 43 Bartenders & Baristas Challenge once again called on cocktail and coffee pros around the world to showcase their skill and creativity in pairing Licor 43 and coffee. This year’s competition featured regional finalists from the UK, Estonia, Mexico, Spain, Germany, US, Australia, Brazil, and Colombia. But in the end, Yeferson Ávila from the bar Cardinal and the restaurant Mar y Zielo in Cartagena, Colombia won challenge as the competition returned to a live final format for the first time in three years.

Ávila’s winning cocktail, Armonía, combines Licor 43, Amaro Montenegro, espresso, pineapple extract, and toasted coconut. The runners up were Cristian Ponce from Mexico and Raimond Ummus from Estonia. Ávila takes home a bursary to put towards professional equipment and career development courses and will take their place on the judging panel next year.

The 2022 judging panel was led by International Barista Champion Merijn Gijsbers, who has worked with the competition since 2019.  Joining him were American bartender and mixologist Lynnette Marrero, known for creating the world’s first all-female speed bartending competition, Speed Rack, and Thalita Freire, the 2021 Bartenders & Baristas Challenge Champion from Brazil who won with her Tropicália cocktail.

Coffee has long been part of Licor 43’s story, from the Café Asiatico in Cartagena and Café Barraquito in Tenerife in the 1950s to the Carajillo 43 today, which is a signature serve in Mexico with an RTD version launched earlier this year.  “There is a natural marriage of aromas and flavours between Licor 43 and coffee,” says Zamora Company Global Marketing & Innovation Director for Spirits Julian Fernandez.  “And over the last five years that we have run this competition, we can see what inspiration this has been to entrants from both the bar and barista worlds.”